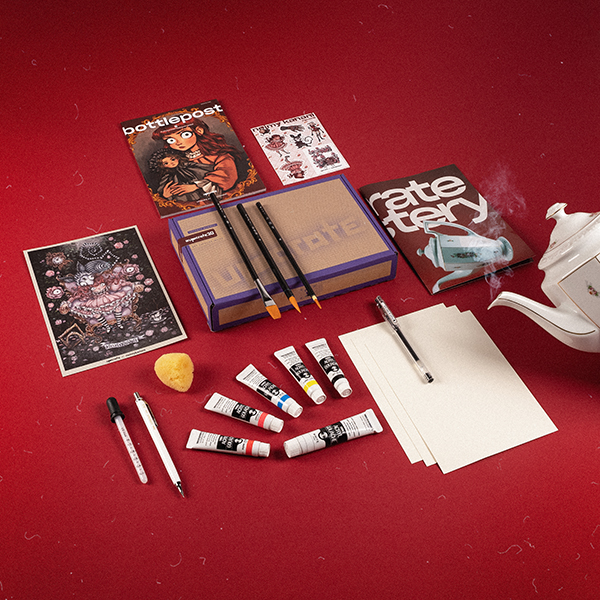 There’s magic inside! Lets see what we have.. its time for art, Its time for #upcrate30.

Follow along @neimykanani ‘s dreamy artwork of “Adelais Adventures” and make your own creative fantasies come to life with this crate.

Enjoy the opaque and transparent properties of @turnercolourworks Acryl Gouache and the matching Turner brush set. Along with upcrate’s eyedropper and a natural sponge, you can either distribute your paints evenly or create texture on top of @st_cuthberts_mill Saunders Waterford watercolour paper. Use your new @pentel_eu Orenz Mechanical Pencil to sketch out your ideas before you paint; and add crisp details and fine lines where you see fit with the black @pilot_pen_deutschland G-Tex C4 gel pen. Happy creating!

Thank you Neimy for creating this beautiful crate with us.

Your art is amazing and it was a pleasure working with you! Also big thank you to the artists of that month bottlepost @honykugel and @lapetiteruse who created a new cool chapter, Sailor of the month was @rangie_art 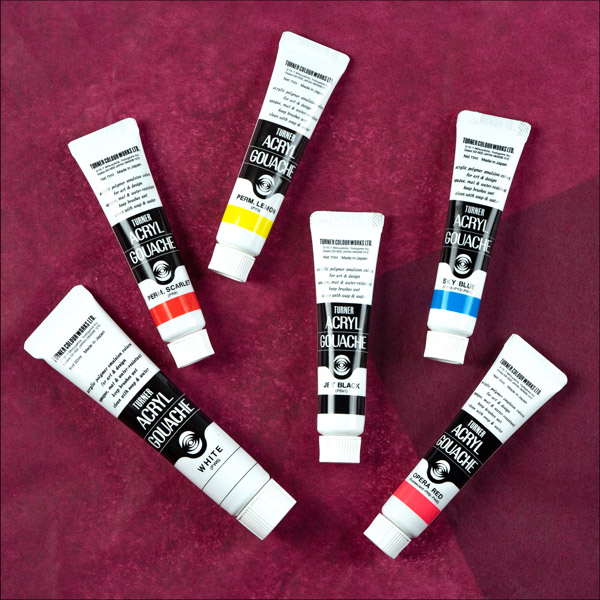 You will also find the high-quality acrylic gouache from Turner to match your brush set. With the colors Jet Black, White, Permanent Scarlet, Permanent Lemon, Opera Red and Sky Blue in 11ml tubes and another 20ml tube in white you are equipped with the basic colors with which you can mix all other colors. The acrylic gouache can be applied smoothly, dries quickly and sticks to a wide variety of painting surfaces such as wood, cardboard, canvas and paper. 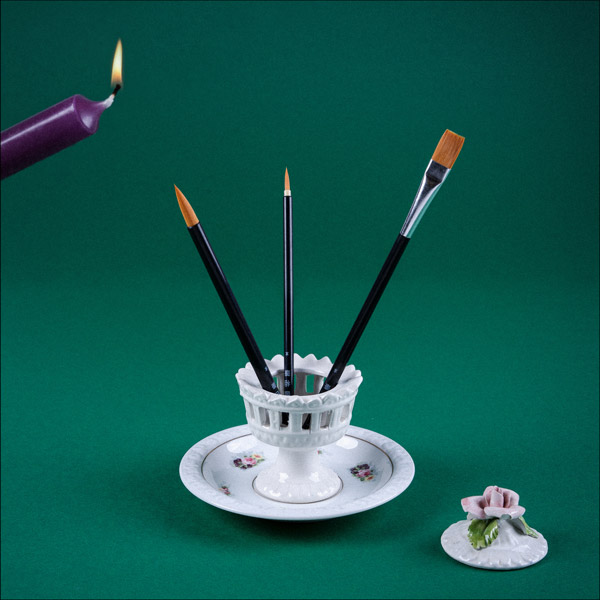 3 Nylon brushes made especially to be used with Turner Acryl Gouache. These brushes are easily cleaned with water and dry particularly quickly as their handles are ‚hollow‘. 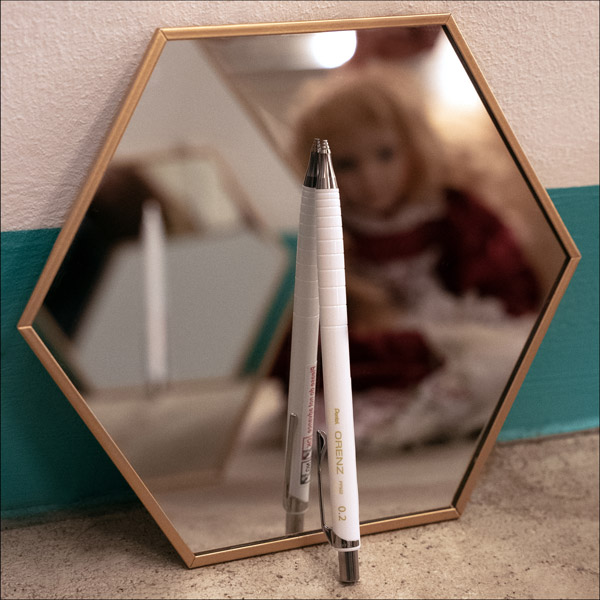 With this mechanical pencil you don‘t have to worry about breaking your lead; no matter how fine it is. A small metal tube protects and stabilizes it while drawing. With one click, you can draw longer with a fine tip tin comparison to using a standard pencil. The Pentel Orenz mechanical pencils are available in 4 different line widths, whereby you will find the narrowest version in your box. 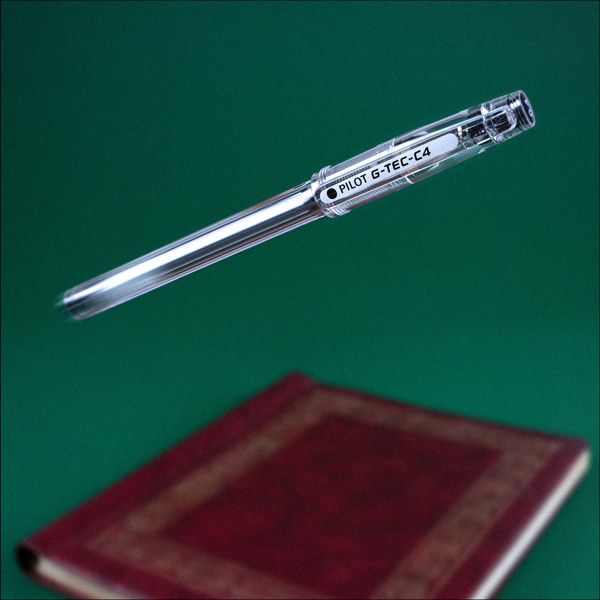 The international writing instrument brand PILOT comes from Japan and has stood for innovative developments in this market for over 100 years. It is also one of the leading manufacturers today. The specialty of the company is that it is one of the few who handle every step of the product development itself. In addition, 15 years ago, PILOT started using recycled raw materials for production in order to protect the environment. In cooperation with ClimatePartner, many PILOT subsidiaries all over Europe have converted its entire operation to be climate-neutral, with all CO2 emissions being offset by investing in climate protection projects. 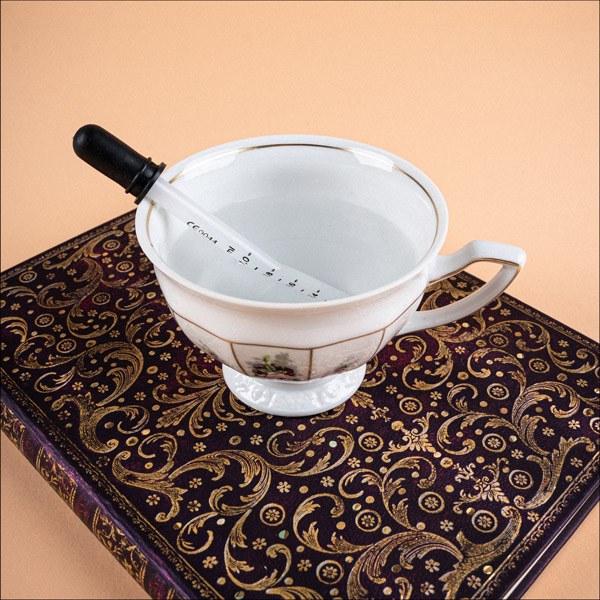 This pipette by upcrate holds up to 1ml of water and has a suction tip, the opening of which you hold in clear water to fill the small plastic container. Pipettes are ideal for picking up precise amounts of water for mixing and diluting colors and placing the drops exactly where you need them. 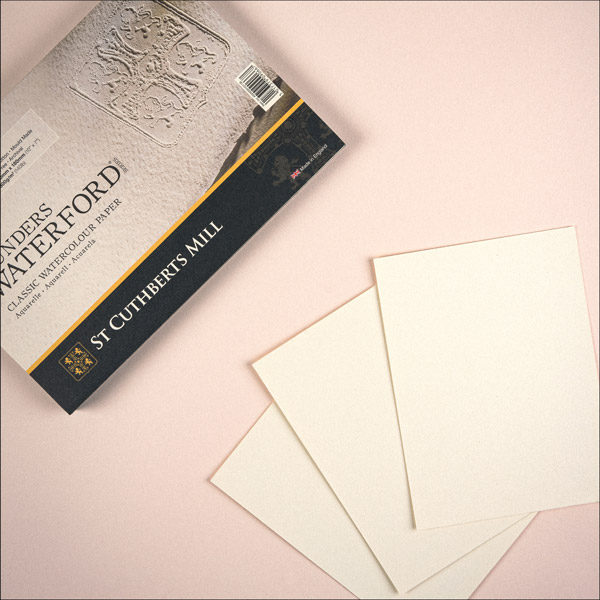 This exquisite watercolor paper is made of 100% cotton and is traditionally produced on a cylinder mold machine. Each sheet is powdered with calcium carbonate to protect and preserve finished works. The surface of the paper has an unmistakable, unique texture, which is created using natural wool felt and is strengthened with a layer of gelatine. The paper absorbs moisture and is therefore particularly suitable for painting techniques – and has even been awarded by the Royal Watercolour Society. 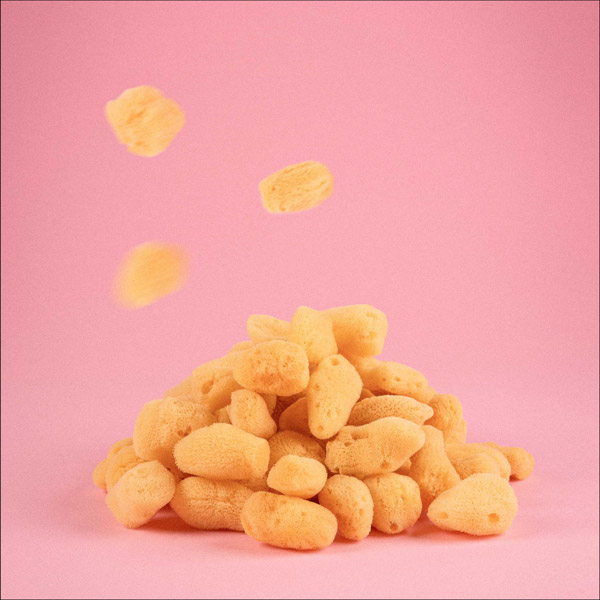 Did you know that natural sponges are found in all oceans? So, from the Caribbean to the Arctic Ocean? The ocean‘s filters pump water through their bodies to feed on plankton and other small particles of food. Because of this, they absorb much more water than artificial sponges and are also easier to clean because their holes, which are also called pores, are all connected to one another and form a canal system. Use your natural sponge to dab or wipe large areas of paint on your works and then cleanse them thoroughly with lukewarm water. Be careful not to wring out or boil the sponge – instead, hang it up and let it air dry. With proper care, you can use your plastic-free, biodegradable natural sponge again and again for a very long time. 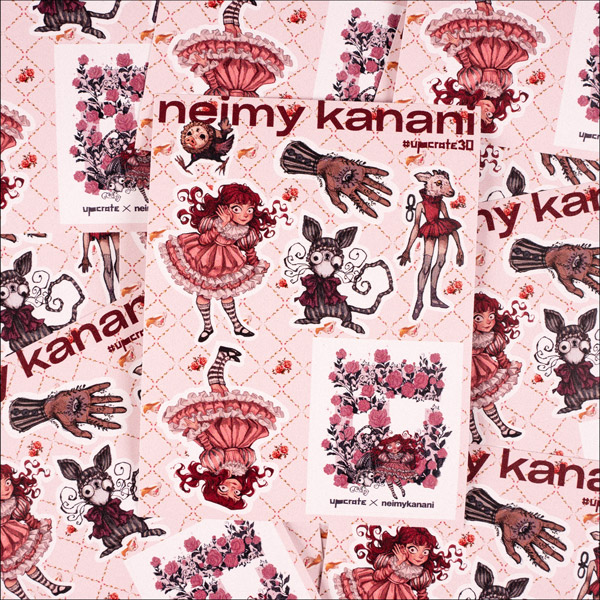 (104 pages) includes step-by-step tutorial, concept art, inspiration and description on how to use the supplies in the box. 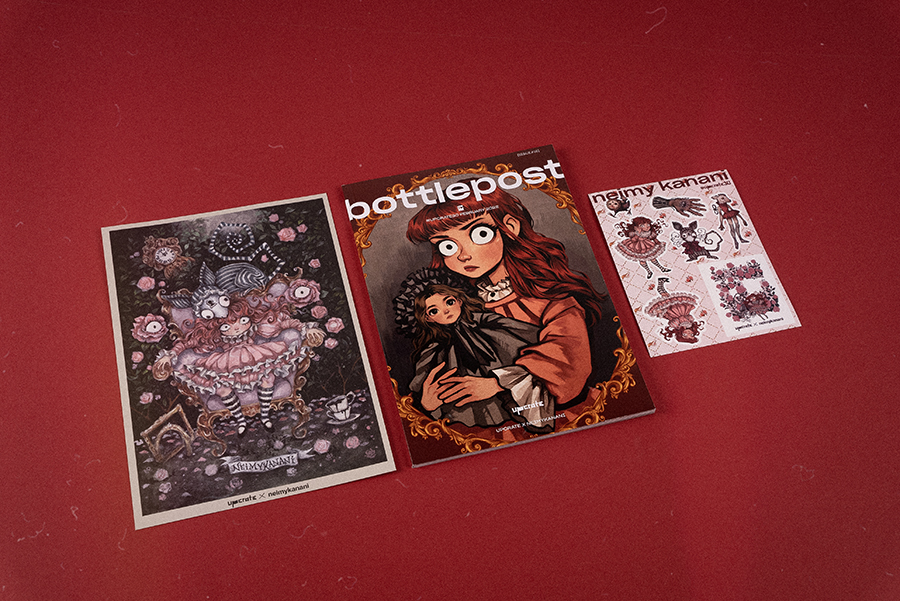 My name is Neimy Kao. I was born and raised in California in the Silicon Valley.

„ What I remember most about my childhood is being easily terrified, like seeing a low pixelated character die in a video game or seeing the smallest amount of blood from Harry Potter movies. I still have a clear memory of the nightmare I had after seeing a scene of a man being eaten by a giant spider from a movie. Adelais is a part of me facing many horrors seen from a child’s perspective.

I find inspiration from old fairy tales, antique and European aesthetics. Adelais came from the inspiration of Alice in Wonderland and many horror games that I enjoy watching playthroughs of.

Adelais’ World is where all the children’s nightmare can escape to, however that causes a lot of unexpected surprising events occurring all around at random times. They seem creepy at first glance, but they are only nightmares. Interestingly, you may find a feeling of familiarity and comfort. Adelais accepts all these nightmares as experience and learns about the world through her eyes.

Any sane person will be lost if they come to visit. I wonder if we can find your childhood nightmares living there too? “

What is your character development process?

I first collect many images to create a mood that I want my character to be from. I tend to create better characters when I don‘t just focus on the character itself but the story around them. In the case of Adelais, I made many character sketches and when I thought I got it, I pushed myself more to make it unique. It made Adelais more recognizable and was the perfect main character of the world I was trying to create.

What was your biggest inspiration for Adelais?

My biggest inspiration is the Alice Madness Returns concept art book. That was the first art book I got when I was still figuring out what I wanted to do with my art. Concept art was just a small step towards the type of artist I wanted to be. Soon after, I started looking up lots of Let‘s Players where they play Alice Madness Returns and other really interesting horror games. I am easily afraid of anything scary so it was the first time that I was able to look into the horror genre in a different perspective since I was hiding from the horror aspect by watching other youtube gamers play it. These horror games made me realize how much I love the story behind all of it. I realized that many of the games I enjoyed watching had similar patterns of creepy dolls, nightmares, and scary mansions. Those inspirations had some part in creating illustrations for Adelais. 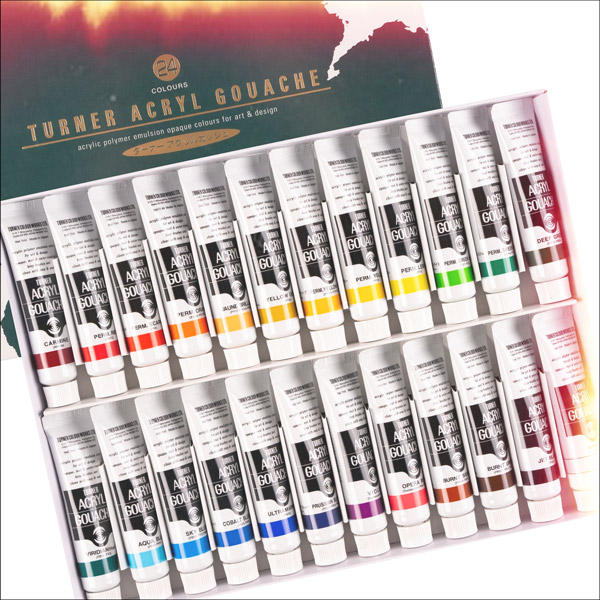 What about that?
Details 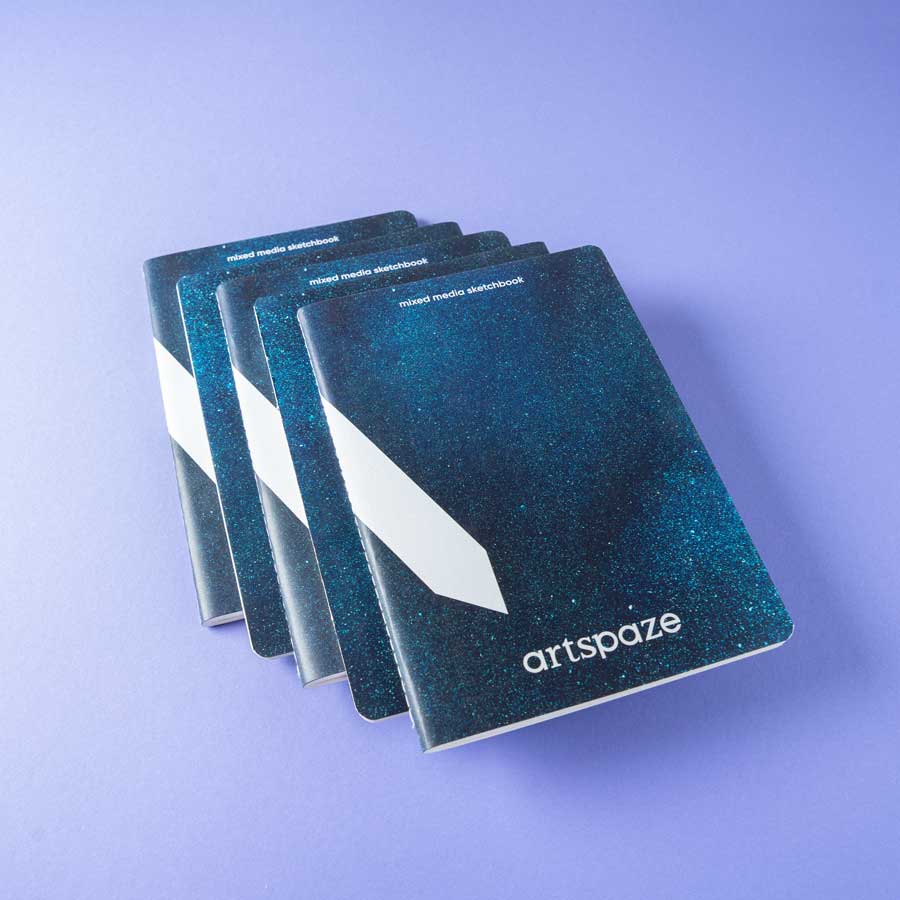 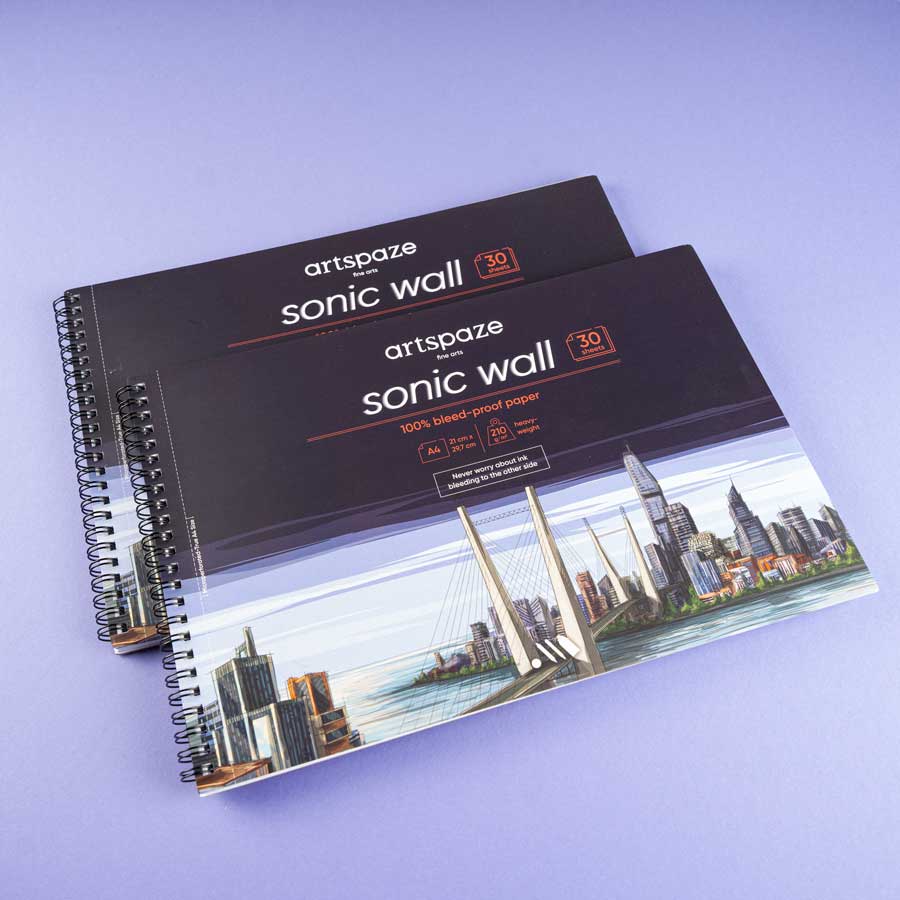 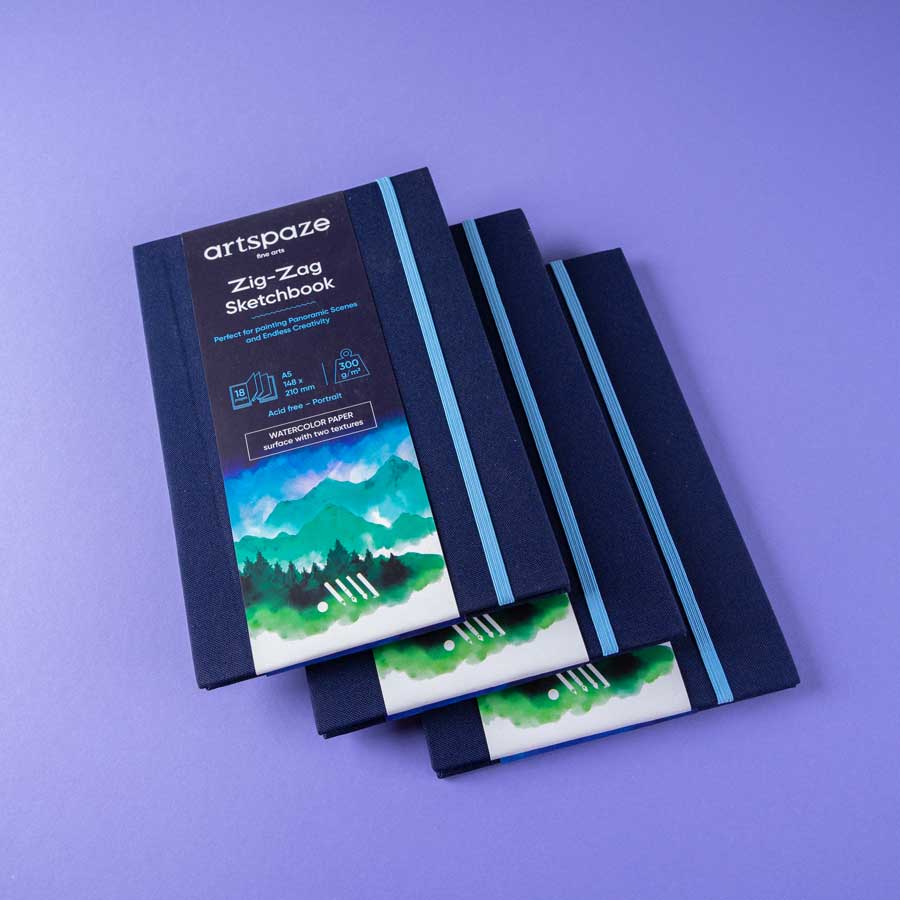 This website uses cookies to improve your experience while you navigate through the website. Out of these cookies, the cookies that are categorized as necessary are stored on your browser as they are essential for the working of basic functionalities of the website. We also use third-party cookies that help us analyze and understand how you use this website. These cookies will be stored in your browser only with your consent. You also have the option to opt-out of these cookies. But opting out of some of these cookies may have an effect on your browsing experience.
Necessary Always Enabled
Necessary cookies are absolutely essential for the website to function properly. This category only includes cookies that ensures basic functionalities and security features of the website. These cookies do not store any personal information.
Non-necessary
Any cookies that may not be particularly necessary for the website to function and is used specifically to collect user personal data via analytics, ads, other embedded contents are termed as non-necessary cookies. It is mandatory to procure user consent prior to running these cookies on your website.
SAVE & ACCEPT
123

Join our newsletter to get updates on special offers!

we will send you a notification when you can sign up again:)

Cancellation at any time
Proceed to checkout